4 Mahatma Gandhi Books You Should Read

4 Mahatma Gandhi books you should read

India became independent of British colonial rule on the 15th of August, 1947. Prior to that, Mahatma Gandhi was an inspirational figure who revolutionized India and sparked freedom movements all over the world with his nonviolent opposition to British authority.

When you hear quotes like, “An ounce of patience is worth more than a tonne of preaching,”  “In a gentle way, you can shake the world,” and “An eye for an eye leaves the world blind”, there’s only one name that comes to mind.

Gandhi was not just a great leader but also a moral philosopher who popularized nonviolent protest as a means of challenging injustice. He gave it the name “satyagraha,” which means “truth force.”

He was a highly fascinating thinker when it came to religious issues. Gandhi continues to be relevant even in a time when the globe is rife with conflict and disharmony between religious and political communities because he lived and died for harmony between India’s two largest religious communities, Hindus and Muslims.

In this article, we’ve compiled a list of four Mahatma Gandhi books you should read, especially if you’re interested in knowing why this man is such an important figure.

Gandhi’s autobiography: My Experiments with Truth 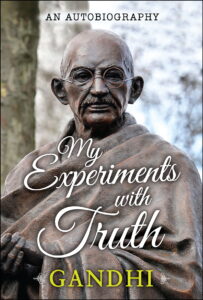 If you’re looking for a great place to start learning about the man Gandhi, you should try a book written by the man himself.

It was first written in Gujarati and later translated by Gandhi’s secretary, Mahadev Desai. Currently, it has been translated into over 40 languages.

The autobiography covers Gandhi’s life up to 1920, the period before his truth experiments yielded definite conclusions and when he became well known.

Additionally, it is written in an elegant language that is characterized by modesty and sincerity. According to Gandhi, the goal of life is to come to realize the Truth. Satyagraha is the act of remaining true. Therefore, Gandhi referred to his studies as “Experiments with Truth” or “Experiments in the science of Satyagraha.”

Gandhi: The Years That Changed the World – Ramachandra Guha

In this book, there’s Gandhi from another perspective, namely that of a historian named Ramachandra Guha.

Gandhi studied and worked throughout three nations and three continents over his nearly 80-year life, including the United Kingdom, South Africa, and India. He also wrote a lot, because his collected works run to 90 volumes.

Gandhi: The Years That Changed the World, covers the period from 1914 until Gandhi’s death in 1948. It presents a fuller picture of the man, why he’s regarded as the father of the Indian nation, and why we need to know about this thinker, writer and activist.

Dennis Dalton published a number of ground-breaking articles on Gandhi in the 1970s and 1980s. Later, this book was built on the foundation of those articles.

He offers a unique perspective by looking at contemporary newspapers, Gandhi’s political rivals, and what they were saying about Gandhi.

At the time, Indian revolutionaries believed that armed resistance would be more efficient and expedient in driving the British out since they viewed nonviolence as being weak and feminine.

Dalton also provides a good account of Gandhi’s Great Fast in September 1947, which brought peace to Calcutta, as well as the Salt March. 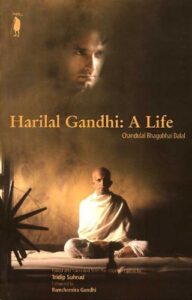 The author of the book is a scholar who presents the facts in a straightforward, objective manner.

It gives an account of the tragically sad and complicated father-son relationship between Gandhi and his son, Harilal. Gandhi got married at a very young age—13.

Shortly after, he gave birth to Harilal, his first child. Gandhi leaves for London not long after the boy is born to pursue a legal education. He thereby misses the majority of his son’s formative years.

Harilal is going through his adolescence crisis while Gandhi gives up his lucrative legal job to devote his time to social activism, and Gandhi is utterly indifferent to his son’s aspirations.

Gandhi becomes more and more irate, critical, and upset as time goes on because his son isn’t acting the way he wants him to. In exchange, Harilal dislikes his father’s domineering, authoritarian behaviour and, on a deeper level, he longs for his attention. He converts to Islam purely out of contempt for his father after making countless unsuccessful attempts at life in general.

This book serves as a textbook example of how many ambitious, wealthy people are not particularly good parents. It shows that no one is perfect although we can strive for perfection. All of their correspondence, the conversations between father and son, the pervasive ignorance, and the growing rage and frustration at both Gandhi’s and Harilal’s ends are all included in great detail in the book.

Last line: “Be the change that you wish to see in the world.”

If you liked this list, you can help by sharing it with others that will like to see it also. Thanks for reading!

About the Author: Blessing Obiahu

Her writing has appeared in the 2021 Nigerian Students’ Poetry Prize anthology, Black but Famous (now Kaassa), Challenging the Writers, and Loana Press.

She spends her leisure as a content writer and also blogs on D’LitReview. 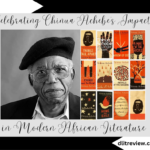 Celebrating Chinua Achebe’s Impact in Modern African Literature       To Nelson Mandela, he was the writer “in whose company the prison walls fell…… 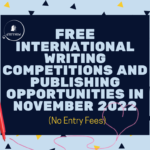 Free International Writing Competitions and Publishing Opportunities in November 2022   It’s a new month and the best time to participate in writing competitions, and…… 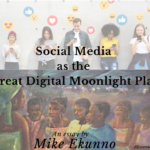 Social Media as the Great Digital Moonlight Play – Mike Ekunno | Essay   Before the coming of the Internet, as an African, the only…… 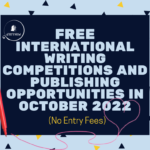 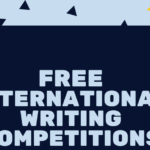